In many modern countries, celebrating a married life has become a culture. It is called wedding anniversary. Due to this event, many people start thinking about great anniversary gift ideas.

They want to give a special item to their friends or relatives who are celebrating it. Aside from this, married couples can also give a gift to each other to symbolize their love.

The gift also represents a reason why the couples decided to marry back then. In big countries, there are even two popular terms, called silver and golden anniversary!

Gifts can be either given or exchanged during the anniversaries. These items are usually practical household products and other similar items. Still, some people are into luxury items these days.

Due to the many options for anniversary gifts, it may take some time to choose the most suitable one. Some aspects determine the satisfaction level of the recipient, after all. Thus, you should not be careless!

For married couples, it also takes some considerations before buying the gift. Even though you may know each other well, a different item gives a different effect on your spouse.

The good news is various traditional and modern gifts are available in the market. You can compare and consider the best one first, therefore. Before that, these several tips would help you with choosing one.

When choosing the gift, you need both preparation and etiquette. Have no worries. The information below may help you.

The most important aspect perhaps is the one who gives the gift. Married couples can give a present to each other easily. How about friends and relatives? They indeed have a role.

However, the gift that comes from friends and families are usually less meaningful than the spouse is. Therefore, these people don’t have a significant obligation to give the best item.

There is a tradition. Each year of marriage represents a distinct material. In the first year, it is called a paper theme. There are also leather, lace, silver, gold, and so on.

To give the right gift, you must buy an item that matches the theme. Not only it does help you to choose a product, but it also satisfies the recipient.

The anniversary always involves the number of years. Thus, you can use this point to decorate your gift. The date or number becomes the basis of the product!

The gift must be able to tell the recipient how well you know him or her. For example, if he or she is fond of cooking, the item must relate to this activity. These include kitchenware and other similar products.

For married couples who want to give a gift to each other in the anniversary, the item must be both meaningful and romantic. It doesn’t have to be expensive! What you need is an evocative item instead.

Examples of Nice Gifts for Anniversary

As compared to others, personalized or customized anniversary gift ideas are the best choice. These are some good examples that you can use: Gift Anniversary On a Budget Many Things for Anniversary Gift Superman Items Set for Your Hero! Various Sweet Things All in the Bootle 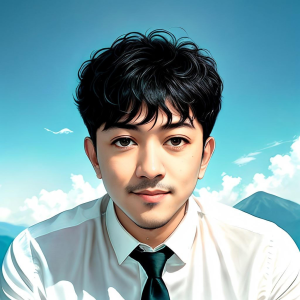